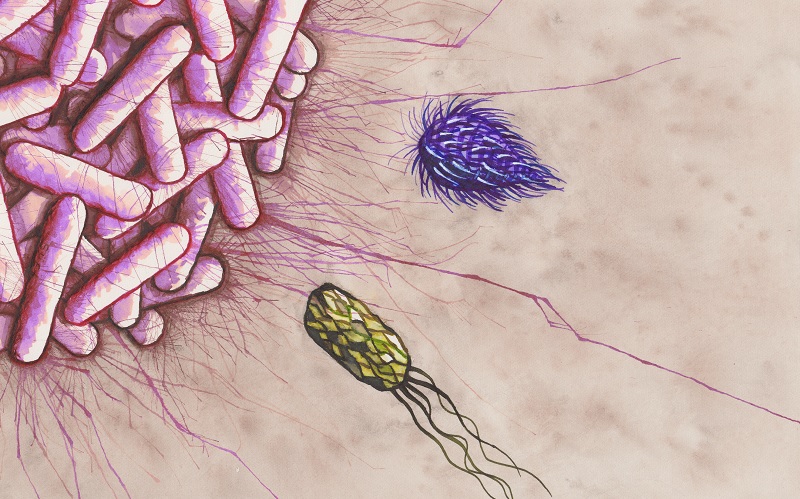 We are fascinated by how molecular and cellular interactions can give rise to emergent dynamics in microbial systems. In particular, our goal is to understand how dynamics at the cellular and population level improve bacterial fitness. We typically develop and utilize quantitative biology approaches to inform and constrain mathematical modeling. We use modeling to integrate across molecular, single cell and population level scales to uncover fundamental principles of bacterial physiology, and more recently bacterial electrophysiology.

We are obsessed with the functional roles and mechanisms of ion channel mediated electrical signaling in bacteria. Our goal is to understand how electrical signaling can give rise to emergent collective dynamics and behaviors in structured communities known as biofilms. Our discoveries are revealing an unexpected functional link between microbiology and neuroscience.